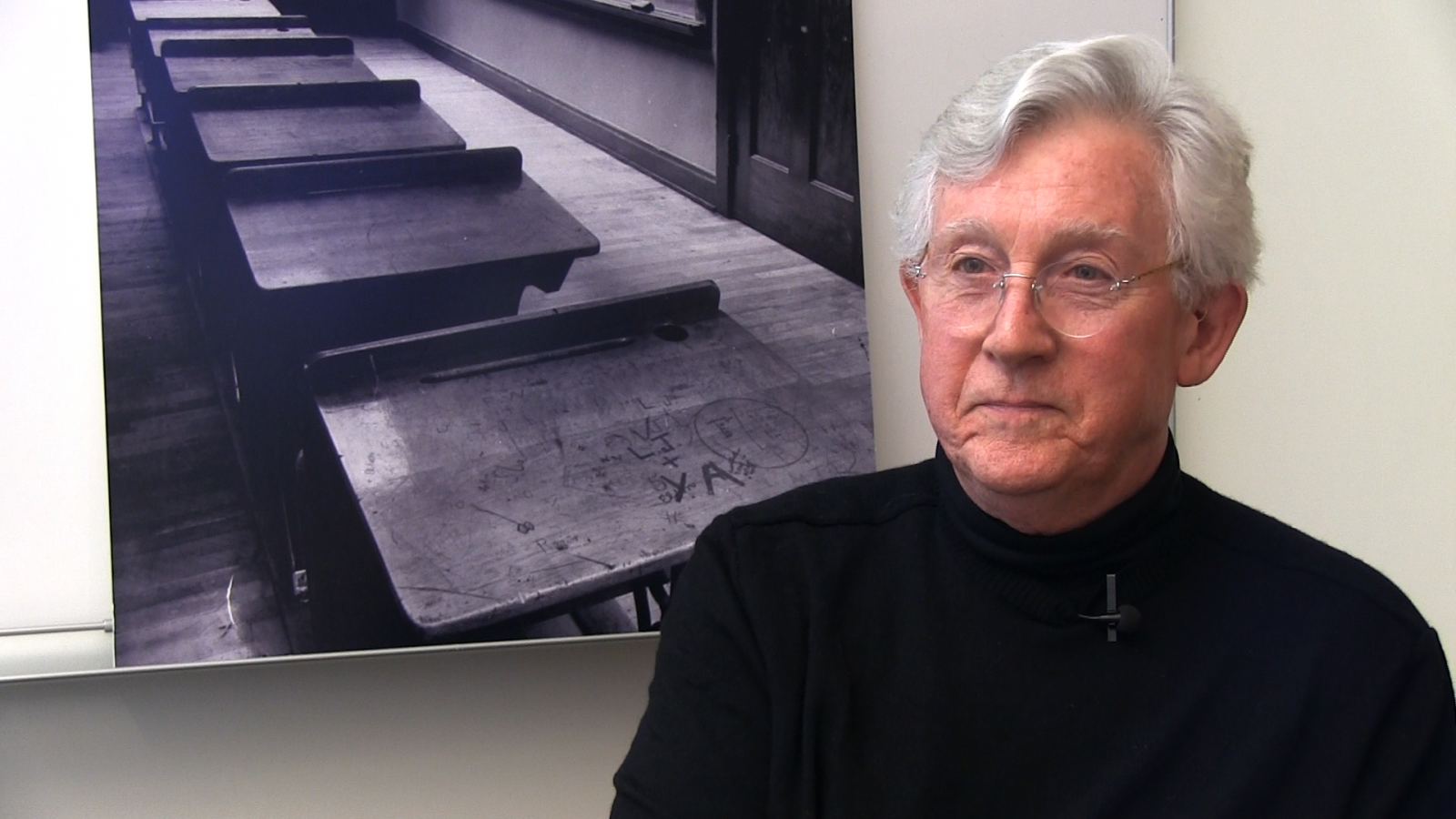 There are no ‘silver bullets,’ John Bryan Starr tells students interested in education

John Bryan Starr has essentially had two careers at Yale: one teaching Chinese politics and serving as the executive director of the Yale-China Association, and later — after a period at Brown University — coming back to teach seminars dealing with the interface between public schools, politics, and public policy. The recipient of the 2013 Richard H. Brodhead ’68 Prize for Excellence by Non-Ladder Faculty, Starr is an advocate of cooperative learning (where students learn by working together in groups) who is encouraged by the thought that his students will ultimately contribute to enhancing public education in one capacity or another.

I think what I enjoy most about teaching at Yale is the same answer that almost everyone would give you: It is the Yale students who make teaching here such a wonderful pleasure. I have a particular reason for that, because I happen to be teaching a subject that is much in demand, and as a result of that I get to select which students I get to teach out of this wonderful pool of students, and so I have sort of the crème of the crème to enjoy in my courses. They are extraordinary, and I’m saying that particularly this semester because I have an unusually competent, capable, funny, hard-working group of students this time.

Is there a teacher you’ve had who has especially inspired you?

I’ve had a number of teachers who have been inspiring. I can think back to prehistoric times when I was an undergraduate — I can think of a couple of teachers who inspired me then. But the teachers who I would point to as having particularly inspired the work I’m doing now are not teachers who taught me but rather teachers with whom I was working when I was at the Annenberg Institute for School Reform at Brown University. The institute at that point had a professional development department, and it was staffed by former teachers — elementary, middle school, and high school teachers — who were extraordinarily gifted in protocols for engaging people in cooperative learning. It is those protocols that I have been using since I started doing these courses, first at Brown and now at Yale, and I’m constantly grateful to those teachers for their skill in getting people to engage one another in learning.

My students are actually teaching me the field that I am teaching them. I changed fields rather radically about 15 years ago. When I first arrived at Yale in 1978 I had come here from Berkeley, where I had taught for 10 years, and I was teaching contemporary Chinese politics. I continued to teach that here in the political science department for a number of years. I decided about 15 years ago that I really needed a change of pace, so I took the job at the Annenberg Institute based on a rather shaky amount of experience with public schools. Starting from day one, my students started teaching me what was going on in the field of public education. The course was offered by the education department at Brown, and there were some very capable young students who were very interested in the issues that were confronting American public schools during the time that we were together.

I continue to learn. The virtue of collaborative learning is that I am one of the learners as well as one of the teachers. My view is that my job is to provide as much in the way of complete material to engage them as much as I possibly can, to make sure that they are engaged with that material, and then to engage them in working from that material to build their own constructs of the ideas that we’re covering. In the process of that, I learn every week.

If there is one thing you want your students to learn from you, what would that be?

I think what I’d like my students to take away, and what I think they do take away, is a commitment to working with public education in the United States to attempt to address some of its problems. It’s easy to be very depressed coming out of the fall semester course in which we are looking at politics, particularly, in the public schools. It’s easy to be depressed by the magnitude of the problems and the difficulty of their solution and the long time that we’ve been trying to solve them. But students come away committed to doing something — some of them in the classroom, some of them in think-tanks looking at education policy, some as simply informed citizens and parents — to attempt to address these major, major problems that we have in public schools. I think they understand that there is no such thing as a silver bullet. Education is a field that is filled with a plethora of silver bullets. Everybody that comes down the pike has a different silver bullet that is going to solve all of the problems in American public education. There is no such thing. American public education is huge — it’s been around for a long time, it moves very slowly, and it’s not going to be solved by a single quick solution. And I think that’s an important lesson that they take away.

It’s difficult for me to single out a single memorable classroom experience because so many of my classes tend to be memorable for me.